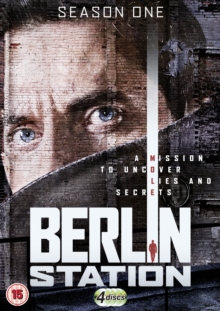 All ten episodes from the first season of this espionage drama starring Richard Armitage and Rhys Ifans.

Well-regarded CIA analyst Daniel Miller (Armitage) is assigned to Berlin as an undercover agent tasked with determining the identity of a notorious whistleblower who is leaking confidential information belonging to the agency.

Miller works alongside veteran agent Hector DeJean (Ifans) but their relationship is fraught with difficulty as both men know each other from before and each has good reason to be suspicious of the other.

In the German capital deception and distrust pervade every street corner where doing the right thing is as difficult as untangling the threads of conspiracy.