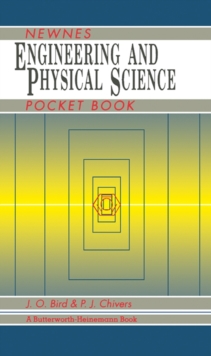 Part One deals with the definitions and formulas used in general engineering science, such as those concerning SI units, density, scalar and vector quantities, and standard quantity symbols and their units.

This part covers formulas on speed, velocity, acceleration, force, as well as definitions and discussions on waves, interference, diffraction, the effect of forces on materials, hardness, and impact tests.

This part examines the laws of chemical combination, relative atomic masses, molecular masses, the mole concept, and chemical bonding in element or compounds.