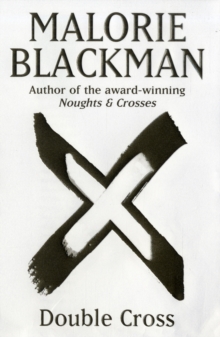 Part of the Noughts And Crosses series

Everyone assumes the bomb that killed Callie Rose's grandmother was the work of a nought terrorist.

But Callie Rose knows the truth - and her fear of the past leaves her afraid for her future.

Her boyfriend Tobey is worried about his own future.

A nought boy at an exclusive school Tobey hopes to keep out of trouble, go to university, get a good job and leave the dangerous streets of his childhood behind.

But Tobey is discovering that he can't keep clinging to some kind of no-man's land while the neighbourhood around him is carved up by rival gangs.

Then he is offered the chance to earn some ready money just making a few 'deliveries'.

He doesn't want a part of that world, the world of gangs.

But maybe he could get away with it, just this once ...He little realizes how his decision will bring violence down on both himself and Callie and just how far he will go in fighting back...

The title has been replaced.To check if this specific edition is still available please contact Customer Care +44(0)1482 384660 or schools.services@brownsbfs.co.uk, otherwise please click 9780141378671 to take you to the new version.