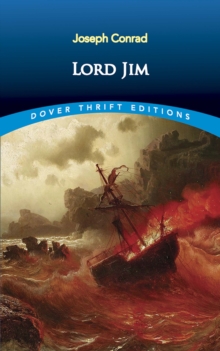 First published in 1900, Lord Jim is widely regarded as one of the greatest novels of the twentieth century.

Its central message about the consequences of straying from personal responsibility and ethical integrity is as powerful today as it was over one hundred years ago.In a split-second impulse of self-preservation, a young ship's officer abandons his imperiled vessel and its passengers.

He survives, but suffers a wretched existence. He must go forward facing the scorn of the world and his own guilt, as he seeks atonement for the dishonorable choice he made.

The author's deep moral consciousness and skillful narrative style are fully revealed in this unforgettable story, long a staple of high school and college literature courses.