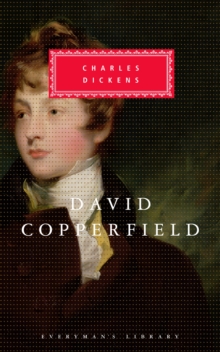 By: Dickens, Charles,  Slater, Michael(Introduction by)

When David Copperfield escapes from the cruelty of his childhood home, he embarks on a journey to adulthood which will lead him through comedy and tragedy, love and heartbreak and friendship and betrayal. Over the course of his adventure, David meets an array of eccentric characters and learns hard lessons about the world before he finally discovers true happiness.

Charles Dickens's most celebrated novel and the author's own favorite, David Copperfield is the classic account of a boy growing up in a world that is by turns magical, fearful, and grimly realistic.

In a book that is part fairy tale and part thinly veiled autobiography, Dickens transmutes his life experience into a brilliant series of comic and sentimental adventures in the spirit of the great eighteenth-century novelists he so much admired.

Few readers can fail to be touched by David's fate, and fewer still to be delighted by his story. The cruel Murdstone, the feckless Micawber, the unctuous and sinister Uriah Heep, and David Copperfield himself, into whose portrait Dickens puts so much of his own early life, form a central part of our literary legacy.