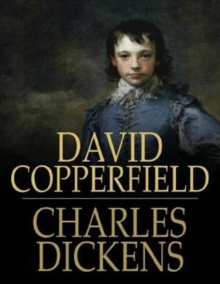 David Copperfield, is the eighth novel by Charles Dickens, first published as a novel in 1850.

Like most of his works, it originally appeared in serial form a year earlier.

Many elements within the novel follow events in Dickens' own life, and it is probably the most autobiographical of all of his novels.

In the preface to the 1867 Charles Dickens edition, he wrote, "like many fond parents, I have in my heart of hearts a favourite child. And his name is David Copperfield." The story traces the life of David Copperfield from childhood to maturity.

The story is told almost entirely from the point of view of the first person narrator, David Copperfield himself, and was the first Dickens novel to be written as such a narration.

After finishing the novel, Dickens remarked that he liked it the best of all his books.

His fondness for this child of his fancy, as he called it, was partly due to the fact that the novel was reminiscent of his own early life.