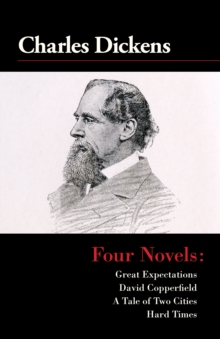 In A Tale of Two Cities, French aristocrat Darnay and English lawyer Carton compete in their love for Darnay s wife Lucie against the menacing backdrop of the French Revolution and the shadow of the guillotine.

David Copperfield draws on Dickens's life to provide a vivid story mixed with comedy and sorrow.

Born into poverty, young David Copperfield overcomes a cruel stepfather and frequent tragedies to enjoy success as an author.

In Great Expectations, Dickens, creates a dark tale of suspense and satire around young orphan Pip, who longs for the life of a gentleman, and through a series of coincidences, a secret benefactor makes it possible for him to travel to London and chase his dreams.

Dickens was a critic of the social stratification and poverty that was prevalent in Victorian society.

Hard Times criticizes utilitarianism as it tells the story of a man and his children as they struggle with class conflict, and the horrible working conditions in Victorian factories.