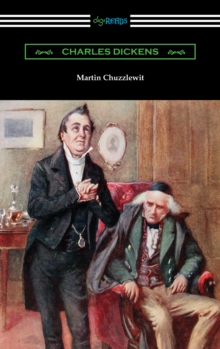 Regarded by Charles Dickens as his best novel upon publication, &quoteMartin Chuzzlewit&quote relates a tale of familial selfishness and eventual moral redemption.

First published serially from 1842 to 1844, it is the story of young Martin Chuzzlewit, who has been raised by his grandfather.

He has fallen in love with his grandfather's ward and caretaker, the young orphan Mary Graham.

Martin's grandfather does not approve and young Martin alienates himself from his grandfather and begins working for the corrupt and dishonest Seth Pecksniff.

Though he meets the kind Tom Pinch during this apprenticeship, Martin is fired and decides to travel to the United States to find his fortune.

However, this new and wild land is a much harsher place than Martin was prepared for and he nearly dies of malaria.

The experience matures and improves him though, and upon his return he reconciles with his grandfather and reveals the crimes of other characters in Dickens's exceptional cast of characters, particularly those of Pecksniff and the arch-villain Jonas Chuzzlewit.

A dark comedy, full of greed, manipulation, and duplicity intertwined with humility and generosity, &quoteMartin Chuzzlewit&quote is an exemplary story that carries a timeless message of selfless kindness for others.

This edition includes a biographical afterword.