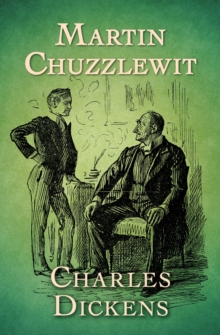 After losing his inheritance, a young man strives to make his own fortune, in this witty, wide-ranging saga by the iconic nineteenth-century novelist.When young Martin Chuzzlewit falls in love with his grandfather's devoted nursemaid, the elder Chuzzlewit is furious and decides to disinherit the boy.

Thus, Martin is thrust into the world to find his own way.

An apprenticeship with an architect seems like a fine start.

But not long after Martin begins working for Seth Pecksniffwho has a secret agenda in hiring himMartin's grandfather maneuvers to have him dismissed.

Eventually, Martin makes his way to America in the company of his friend Tom.

But the trip is an unmitigated disaster, and they are plagued by misfortune until they turn tail and race back to England.

Little does Martin know there are far more surprises awaiting him in this novel of twists and turns, dreamers and schemers, greed and murder, from the Victorian era's literary master.