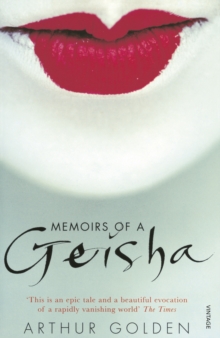 Memoirs of a geisha

'An epic tale and a brutal evocation of a disappearing world' The TimesA young peasant girl is sold as servant and apprentice to a renowned geisha house.

Many years later she tells her story from a hotel in New York, opening a window into an extraordinary half-hidden world of eroticism and enchantment, exploitation and degradation and summoning up a quarter of a century of Japan's dramatic history. 'Intimate and brutal, written in cool, lucid prose it is a novel whose psychological empathy and historical truths are outstanding' Mail on Sunday