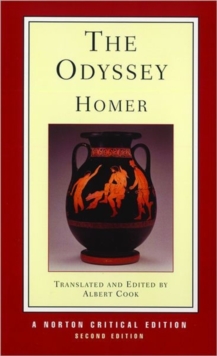 The English translation of Homer's masterpiece matches the Greek line for line; no other translation is more faithful to the original.

The result is a melodic version that preserves Homer's style. A glossary and a map of the Greek world accompany the text. The Odyssey in Antiquity provides contextual materials and commentary to increase readers' appreciation for literature and life in the Homeric age. A collection of nine assessments of The Odyssey by ancient and medieval writers, including Pindar, Aristotle, Seneca, and Scholia, is featured. Essays by G. S. Kirk and Martin P. Nilsson, respectively, discuss poetic conventions and the socioreligious order Homer depicts. Criticism provides sixteen wide-ranging interpretations of The Odyssey.