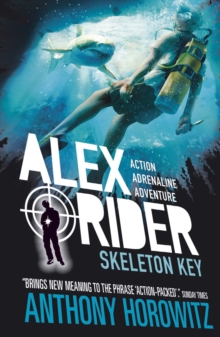 Part of the The Alex Rider series series

In the third book in the number one bestselling Alex Rider series by Anthony Horowitz, teenage spy Alex faces his most dangerous challenge yet. Teaming up with the CIA, Alex must go to a remote Caribbean island called Skeleton Key, where the insane general Sarov is hatching explosive plans to re-write history.