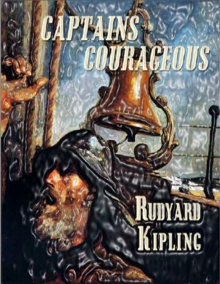 Real men don't take guff from snotty kids. Neither does Disko Troop, skipper of the &quoteWe're Here&quote, a fishing schooner out of Gloucester, Massachusetts, when his crew fishes Harvey Cheyne out of the Atlantic.

There's no place on the Grand Banks for bystanders, so Harvey is press-ganged into service as a replacement for a man lost overboard and drowned.

Harvey is heir to a vast fortune, but his rescuers believe none of what he tells them of his background.

Disko won't take the boat to port until it is full of fish, so Harvey must settle in for a season at sea.

Hard, dangerous work and performing it alongside a grab-bag of characters in close quarters is a life-changing experience.