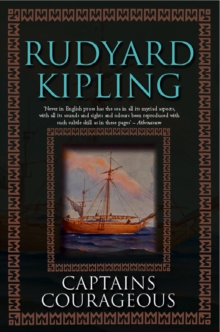 Harvey Cheyne is the spoilt, precocious son of an over-indulgent millionaire.

On an ocean voyage off the Newfoundland coast, he falls overboard and is rescued by a Portuguese fisherman.

Never in need of anything in his entire life, it comes as rather a shock to Harvey to be forced to join the crew of the fishing schooner and work there for an entire summer.

By being thrown into an entirely alien world, Harvey has echoes of Kipling's more famous Mowgli from The Jungle Book, and, like Mowgli, Harvey learns to adapt and make something of himself.

Captains Courageous captures with brilliant details all the colour of the fishing world and reveals it as a convincing model for society as a whole.