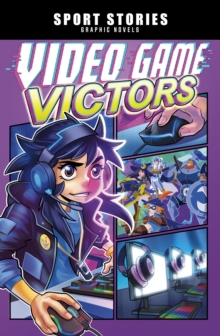 When a local esports team asks her to join them for an upcoming tournament, she's thrilled.

There's just one problem-Valentina has great skills in first-person action games, but winning Kings and Castles relies on teamwork and strategy.

During her practice matches, Valentina keeps trying to win the game on her own.

But she's quickly overwhelmed and defeated each time.

If she wants to win, she can't try to be the hero and take out all of the enemies herself.

Will Valentina learn to hold back and work together with her teammates to achieve ultimate victory?