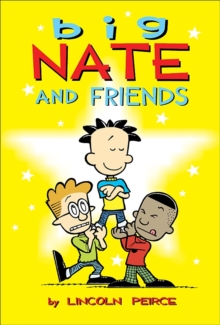 Part of the Big Nate series

Aspiring cartoonist Nate Wright is the star of Big Nate, the daily and Sunday comic strip distributed by Newspaper Enterprise Association since 1991.

Equipped with only a #2 pencil and the unshakable belief that he is #1, Nate fights a daily battle against overzealous teachers, undercooked cafeteria food and all-around conventionality.

He's the original rebel without a clue, alternately abrasive and endearing to classmates and teachers alike.

Nate blazes an unforgettable trail through the sixth grade at P.S. 38, earning straight A's in laughs along the way.