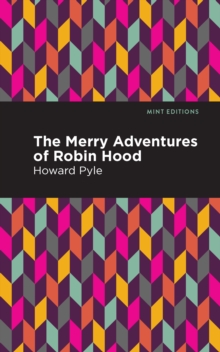 The Merry Adventures of Robin Hood

By: Pyle, Howard,  Editions, Mint(Contributions by)

Part of the Mint Editions series

Robin Hood is a lovable outlaw, who along with his band of Merry Men, become famous for their frequent escapades with friends and foes alike.

Despite many attempts, the infamous bandit manages to avoid capture and enlist multiple Merry Men, including Little John, Friar Tuck and Allan a Dale.

Throughout his travels, Robin uses his superior archery skills to protect himself and others from potential threats.

With his charm and wit, he navigates a series of challenges leading to the ultimate absolution. Pyle's retelling enforces the narrative of an English outlaw who becomes a beloved hero.

He refrains from early characterization that portrayed Robin Hood as a self-serving thief with few redeeming qualities.

By having a moral compass, the author made him palatable to a broader audience, particularly children.

The book was an overwhelming success and inspired multiple adaptions including television and feature films. With an eye-catching new cover, and professionally typeset manuscript, this edition of The Merry Adventures of Robin Hood is both modern and readable.