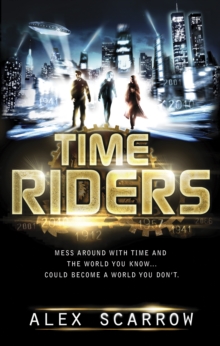 Part of the TimeRiders series

This is book one in Alex Scarrow's exciting science fictionTimeRidersseries.

But Liam, Maddy and Sal aren't rescued. They are recruited by an agency that no one knows exists, with only one purpose - to fix broken history. Because time travel is here, and there are those who would go back in time and change the past.

That's why the TimeRiders exist: to protect us. To stop time travel from destroying the world . . .

TimeRiders; Day of the Predator; The Doomsday Code; The Eternal War; Gates of Rome; City of Shadows; The Pirate Kings