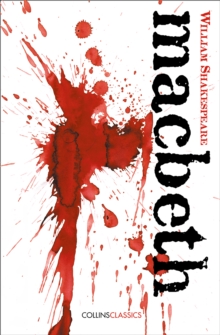 HarperCollins is proud to present its new range of best-loved, essential classics.'Stars, hide your fires;Let not light see my black and deep desires.'Fresh from victory on the battlefield, the celebrated general and nobleman Macbeth receives a prophecy from three witches that he will one day become king of Scotland.

Driven by his own ambition and that of his power-hungry wife, he murders King Duncan and seizes the throne for himself.

Forced to commit murder again and again to maintain their grip on power, Macbeth and Lady Macbeth become haunted by guilt and paranoia, falling into a spiral of madness and, eventually, death.Believed to have been written between 1599 and 1606, Macbeth is one of Shakespeare's darkest and most violent tragedies, and has inspired countless stage and screen adaptations.