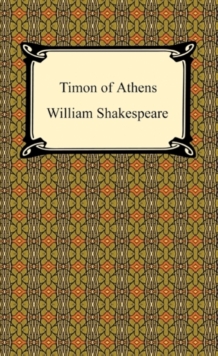 Often regarded as one of the more difficult of Shakespeare's plays to categorize, &quoteTimon of Athens&quote eclectically contains elements of comedy in its satire as well as components of tragedy in Timon's allegorical downfall and death.

The play depicts Timon as an enormously wealthy man who gives away his possessions to a large number of false friends.

When he himself is in need, all of them turn their backs on him, and the result is Timon's savage embitterment and raging seclusion.

Considered one of Shakespeare's more challenging works, it is now largely believed to be due to Thomas Middleton's collaborative writing.

A worthy play of Shakespeare's canon, &quoteTimon of Athens&quote is compelling to this day in its intense and unrelenting position on greed and corruption in society.