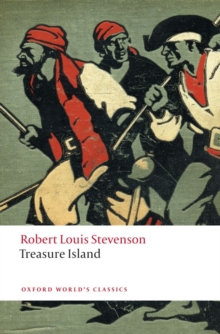 'there were only seven out of the twenty-six on whom we knew we could rely; and out of those seven one was a boy ...'When a mysterious seafarer puts up at the Admiral Benbow, young Jim Hawkins is haunted by his frightening tales; the sailor's sudden death is the beginning of one of the most exciting adventure stories in literature. The discovery of a treasure map sets Jim and his companions in search of buried gold, and they are soon on board the Hispaniola with a crew of buccaneers recruited by the one-legged sea cook known as Long John Silver. As they near their destination, and the lure ofCaptain Flint's treasure grows ever stronger, Jim's courage and wits are tested to the full. Stevenson reinvented the genre with Treasure Island, a boys' story that appeals as much to adults as to children, and whose moral ambiguities turned the Victorian universe on its head. This edition celebrates the ultimate book of pirates and high adventure, and also examines how its tale of greed, murder, treachery, and evil has acquired its classic status.