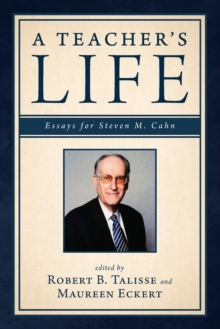 Steven M. Cahn belongs to that exclusive class of professors who have not only contributed influentially to the leading debates of their discipline, but have also written insightfully about the academic vocation itself.

This volume comprises thirteen essays, authored by Cahn's colleagues and former students, presented in his honor on the occasion of his twenty-fifth year as professor of philosophy at the City University of New York.