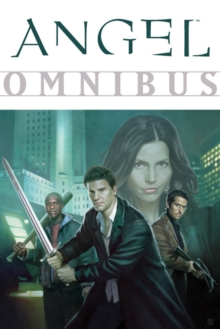 Heralding the return of Angel to "Dark Horse Comics", "Angel Omnibus" collects all of the original "Dark Horse Angel" comics to date, and features stories by series creators Joss Whedon, Brett Matthews ("Serenity: Those Left Behind"), and Christopher Golden ("Baltimore").

Set during seasons one and two of the "Angel" television series, favorite characters appear - Cordelia, Doyle, Wes, Gunn - as the investigations of LA's vampire detective agency delve into all that is dark, grotesque, strange, and unexplainable.

Before you take a look at the upcoming new "Dark Horse Angel" comic series and the aftermath of Buffy Season Eight, take a step back and remember Angel's LA saga.