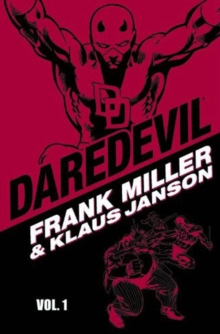 A classic Marvel hero defined by one of comics' greatest visionaries!

A Marvel Comics mainstay since 1964, Daredevil got a new lease on life in a landmark 1979-1983 run by writer-penciler Frank Miller and inker-penciler Klaus Janson, whose daring reinvention of the character quickly made Miller one of the biggest and most influential stars in the comic-book industry.Miller put his own stamp on established cast members such as reporter Ben Urich, femme fatale Black Widow, mad assassin Bullseye, the saw-fisted Gladiator, and monstrous crime boss Kingpin.