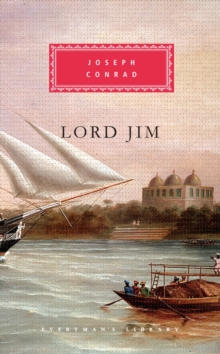 By: Conrad, Joseph,  Sherry, Norman(Introduction by)

Lord Jim is a classic story of one man's tragic failure and eventual redemption, told under the circumstances of high adventure at the margins of the known world which made Conrad's work so immediately popular. But it is also the book in which its author, through a brilliant adaptation of his stylistic apparatus to his obsessive moral, psychological and political concerns, laid the groundwork for the modern novel as we know it.

With An Introduction By Norman Sherry

An expert on the works of Joseph Conrad, Professor Norman Sherry is the author of Conrad's Eastern World, Conrad's Western World and Conrad and His World. He is also the editor of Conrad: The Critical Heritage, and the official biographer of Graham Greene.