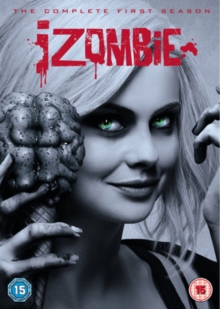 The complete first season of the US TV show based on the Vertigo comic book series.

Rose McIver stars as medical student Liv Moore, who has recently been transformed into a zombie after attending a wild party.

Revived from the dead, Liv finds herself with an insatiable hunger for human brains, a craving she satisfies by finding employment at the morgue of Dr. Ravi Chakrabarti (Rahul Kohli). There, she discovers her appetite allows her to temporarily experience some of the deceased victims' memories, a talent she decides to use to help the Seattle Police Department solve crimes.