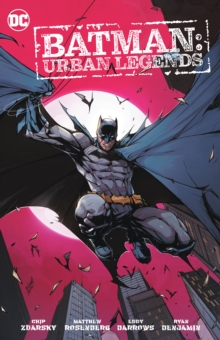 Part of the Batman series

But this night will NOT go as planned--and as a result, he will end up back in Batman's crosshairs!

Then, writer Matthew Rosenberg joins forces with artist Ryan Benjamin for a new tale of Cole Cash--better known as Grifter.

Picking up story points from recent Batman issues, readers will learn why Cole is in Gotham to begin with.

Plus, discover the truth about the mysterious organisation known as HALO, and witness round two of Batman versus Grifter.