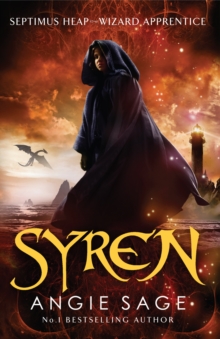 Bloomsbury Childrens
1408810743 / 9781408810743
eBook (EPUB)
823.92
02/02/2012
Available
United Kingdom
English
261 pages
Copy: 10%; print: 10%
Enter the world of Septimus Heap, Wizard Apprentice. Magyk is his destiny.In the fifth book of thisMagykalseries, Septimus and his friends find themselves on an island whose secrets are as dark and dangerous as its inhabitants.Septimus Heap returns to the House of Foryx with Spit Fyre to pick up Jenna, Nicko, Snorri, and Beetle. But the journey home does not go well and when Septimus and his friends are caught in a storm, Spit Fyre crashes into the Rokk Lighthouse. They are rescued by the lighthouse keeper who is disturbingly sinister, and who has an equally sinister cat . . . And all the while, Septimus is trying to fight the strange pull he's feeling to the island and its mysterious secrets.