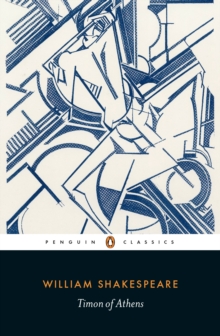 A tragicomedy, a satire on materialism and a scream of pain and injustice, Timon of Athens depicts Shakespeare's greatest optimist and his most vehement pessimist in its central character, the wealthy and deluded Timon.

This Penguin Shakespeare edition is edited by G. R. Hibbard with an introduction by Nicholas Walton. 'What viler thing upon the earth than friends, Who can bring noblest minds to basest ends!'After squandering his wealth with prodigal generosity, a rich Athenian gentleman finds himself deep in debt.

Unshaken by the prospect of bankruptcy, he is certain that the friends he has helped so often will come to his aid.

But when they learn his wealth is gone, he quickly finds that their promises fall away to nothing in this tragic exploration of power, greed, and loyalty betrayed. This book contains a general introduction to Shakespeare's life and Elizabethan theatre, a separate introduction to the play, a chronology, suggestions for further reading, an essay discussing performance options on both stage and screen, and a commentary. William Shakespeare (1564-1616) was born to John Shakespeare and Mary Arden in late April 1564 in Stratford-upon-Avon.