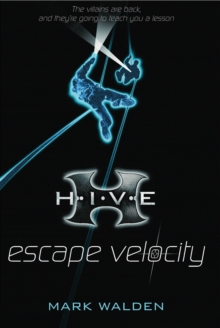 Part of the H.I.V.E series

Pupils and staff at HIVE are horrified to discover that Dr Nero has been captured by the forces of HOPE, the Hostile Operative Prosecution Executive, the world's newest and most ruthlessly efficient security force.

Three months pass without any news of his fate, and Number One has decided to appoint a sinister new headmistress for the school, somebody that the pupils and staff had thought that they'd seen the last of.

Meanwhile Otto is also struggling to cope with new abilities that are starting to manifest themselves; can he really be unconsciously interfacing with computers without physical contact? And if he is, what exactly do these new powers really mean?

The only way to find Nero and the truth behind the lies is to escape HIVE.

Otto must get out, and take the risks which come with being a rogue agent.

Then he just has to break into MI6.