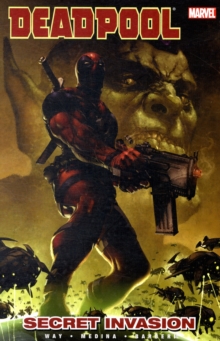 The Merc with a Mouth is back, even deadlier and more deranged than before!

The planet has been invaded by Skrulls, everything's gone topsy-turvy...but, in Deadpool's world, that just means it's Monday!

Like it or not, Deadpool may be the only person on the planet who can save us...but who's to say he wants to?

Deadpool: His madness is his method! You won't want to miss it! This title collects "Deadpool", Numbered 1-5.